Tutorial: How To Make A Tufted Fabric Headboard

So as you know there are a lot of DIY headboards out there. But this one is a bit different. 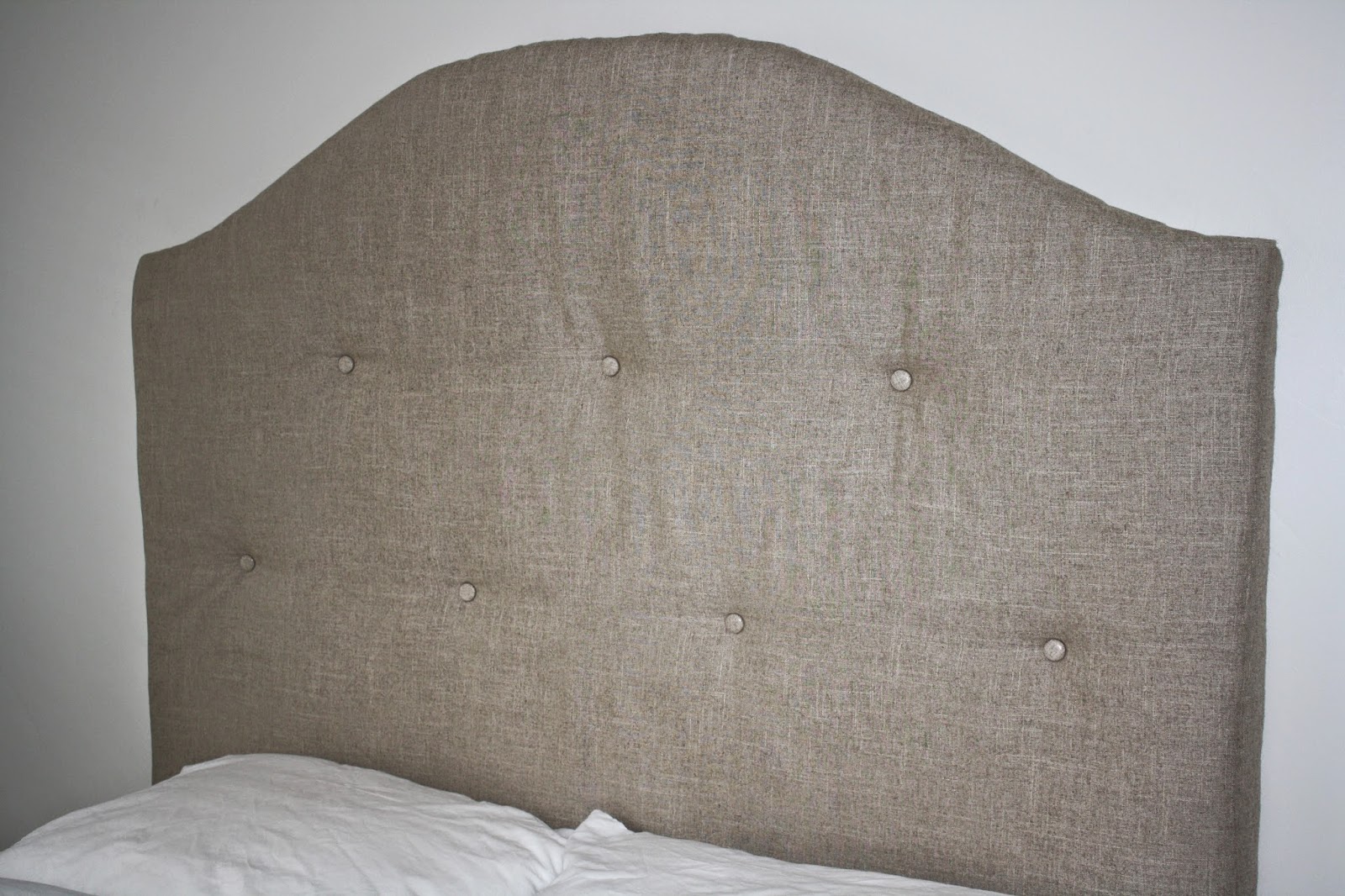 He was originally inspired by Ikea's Bekkestua Headboard: 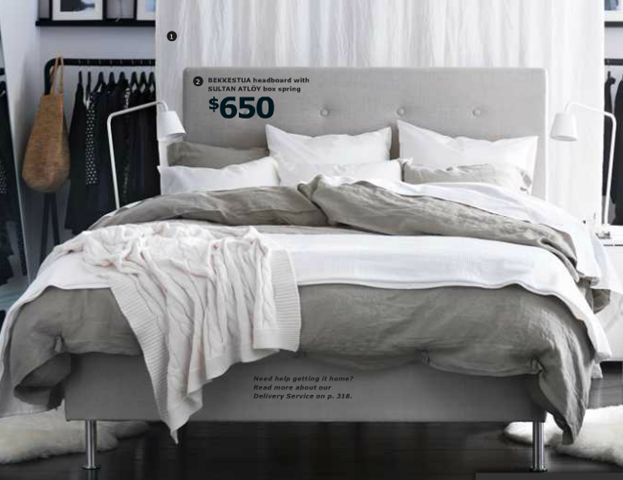 Then as I set out to find a tutorial online I decided I liked this beautiful headboard on Jenna Sue Design better because of the curve: 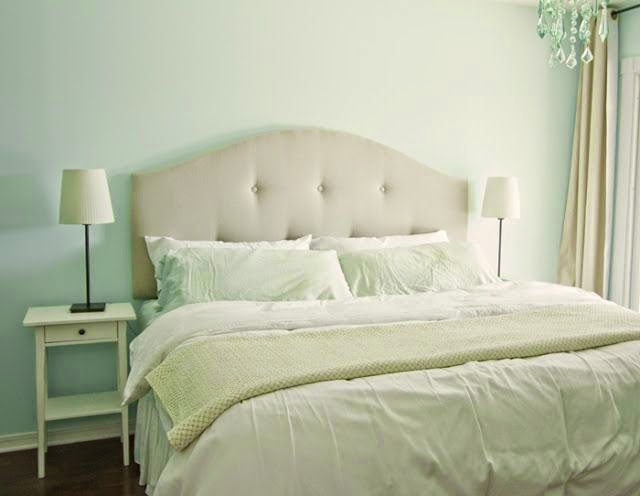 But my guy has a secret... he's made out of cardboard instead of plywood! Shhh! Don't tell! He was cheaper, lighter and easier to cut so that's why I chose him. 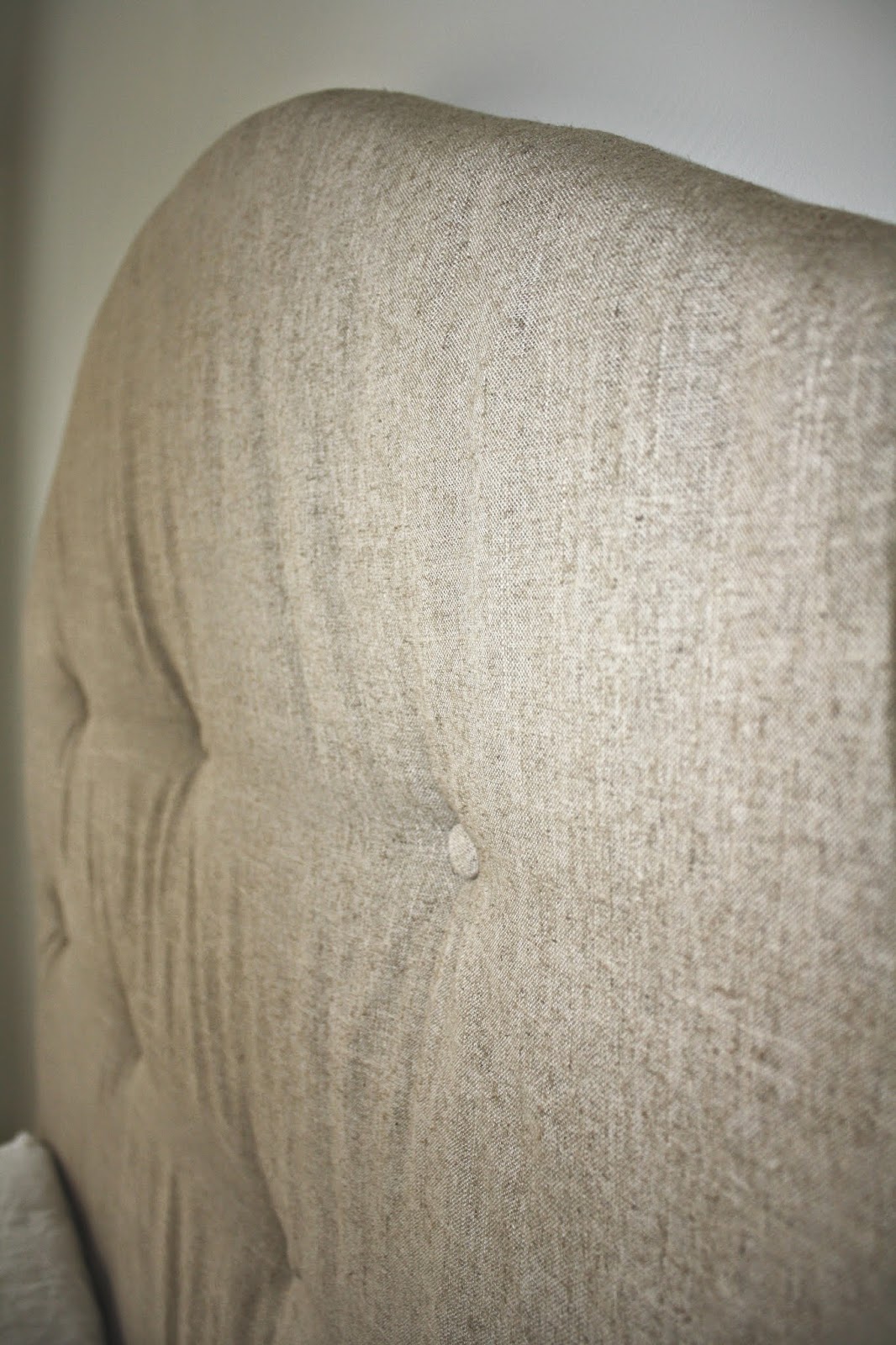 Now I must tell you that although this is how I chose to do it, I would still recommend you use plywood over cardboard any day. But if you really want that curved edge and have no tools then cardboard would be the way to go. If I did it over though, I would use plywood and just leave the top edge straight. In fact I may still do that so be prepared to see that on my website in the future!

Anyway, all I did was cut the cardboard from a box we got a new table in, into the shape I liked. I wanted the bottom of the headboard to hit the top of my mattress so I just eyeballed where I thought I wanted it above my bed then measured. Taping the wall off with painters tape first is probably a better idea though. That way you can really see if that's the size you want. You also have to consider the width of your fabric when determining the height of your headboard.

There wasn't any prep work on the cardboard for the button holes (like drilling holes ahead of time) so I just layered the foam, batting and fabric over the top of the cardboard. I used some spray glue to hold down the foam but that was pretty pointless so don't bother. Then I stapled the batting and the fabric to the back of the cardboard (I had to get some longer staples for my gun as the short ones weren't cutting it). Then I covered my buttons with the leftover fabric and used a chunky needle to attach them to the headboard where I wanted them. I used a regular button on the back to hold the thread in place. Once it was ready I poked two holes in the cardboard for hanging the headboard with a couple of 3M hooks!

I will mention that the buttons were a bit harder to cover than they would have been with a thinner fabric, like my ottoman slipcover. In fact my husband had to do this part for me. I also found that because of the weave on the fabric, when I take a picture with a flash at just the right angle, I can see the metal shine through. You could remedy this by using a marker of the same color on the silver metal button before covering. Take a look at the shine...

And that's all folks. So what do you think? Straight or curved? Cardboard or plywood? Tufting before or after stapling the fabric on? I do like the look of this deep tufting from Involving the Senses where they added the buttons before stapling: 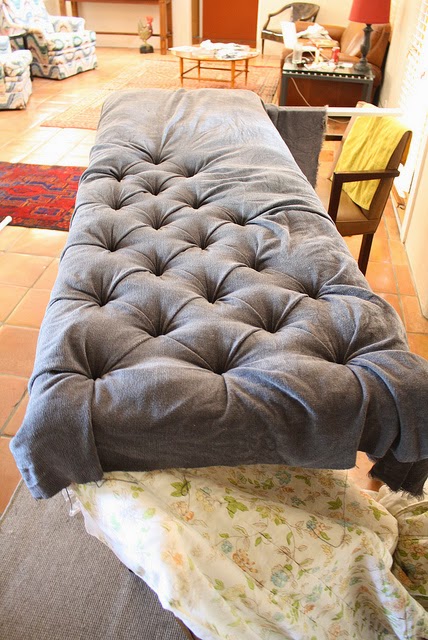 There's just something so cozy about a fabric headboard that I love. Resting your head against it while you read a book or watch a show just can't be beat.
Email ThisBlogThis!Share to TwitterShare to FacebookShare to Pinterest