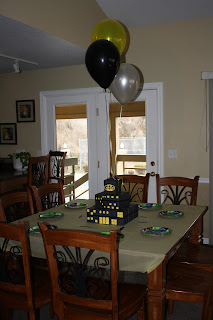 This was my favorite party so far and I have a 2 and 4 year old so I've had a few!

I found this cute favor box cake idea here and created my own using the favor box template found here.

I was able to make two 4" boxes from one poster board. The first one was the hardest to figure out but once you have it you can use it to make all the rest by marking all the creases with a pencil so it's much easier to fold. I also used a corner cutter on the corners that needed curves which made that part easier. I also added each child's name in the Batman logo using my Cricut and Make The Cut software. 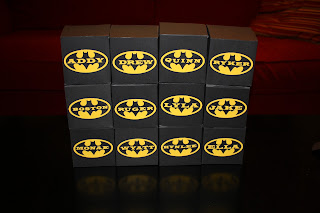 These cute superhero suckers were included in the favor boxes (template found here). I used leftover poster board scraps, a hole punch for the masks and cape, scrapbook scissors for the bottom of the cape to look more like Batman and a sweet friend to help with the tedious tracing and cutting! 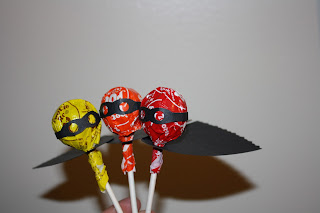 Each child got a Batman cape that I made from some knit polyester found at Hobby Lobby. I cut a cape shape, made points at the bottom and sewed on strips to tie around the neck. This fabric doesn't need to be hemmed and since I was making 12 of these, my main goal was ease of construction! I then used a freezer paper stencil and yellow fabric paint to make the logo cut from my Cricut.

I must warn you that this fabric is terrible for fabric paint, though; I had to put three coats to make it show up good. I had to let each coat dry in between coats so it took a few days. Also, the freezer paper bubbled a little from being wet each time which made the paint leak in a few spots. I used paper underneath the cape to keep from getting paint on the table and it got stuck on the back side. Use freezer paper instead.

Nevertheless they turned out fine so I was happy. 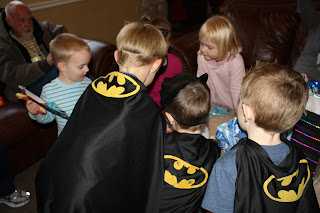 Each kid also got a paper Batman mask cut using this template. It's a really cute idea but it wasn't a very big hit so you may want to skip this part. 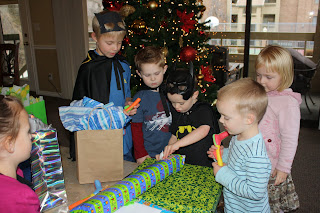 This awesome Bat signal was supposed to take place of a birthday banner but our party was at 3pm so it was too bright to show up on the wall (insert sad face here). I found a tutorial here but I actually didn't need to black anything out like she did because I simply took the reflective piece out and it worked fine. I also used vinyl instead of paper and cut it with my Cricut and Make The Cut software in order to write the personal message. You will have to put the light close to the wall or it will be huge and blurry. We put it up that morning for the birthday boy though and he thought it was awesome! He's used it as a nightlight in his room ever since. 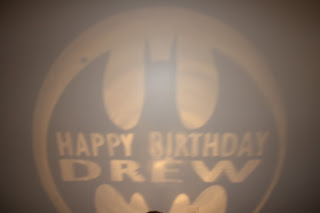 This is the Bat Cave. Coolest part of the party because it took the place of structured activities! 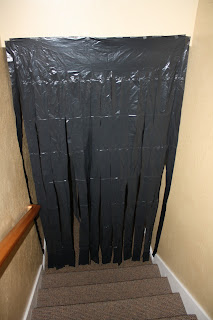 We blacked out all the windows (using cardboard and garbage bags) and hung paper bats and balloons with invisible thread. Each balloon had a Batman Villian taped to it for the kids to shoot at. 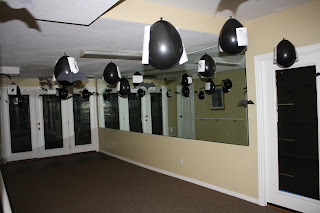 This provided hours of entertainment for the kids! 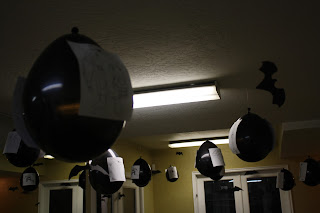 A 12-pack of foam dart launchers cost me $12 on Amazon and each gun came with 2 darts. They shoot SO far AND they're easy enough for little kids! 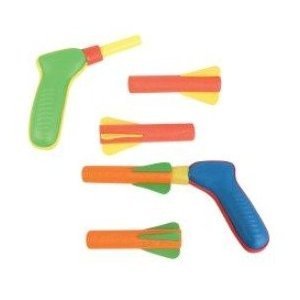 We kept the cake simple and my husband drew a bat with black icing by shining the flashlight on the cake and tracing it! 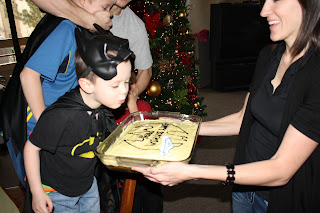 I stayed up all hours of the night making this Bat Cave table tent with that same knit polyester used for the capes. This fabric was a horrible choice for this project! DO NOT use a knit fabric for it! I spent too much AND it stretched as I measured and sewed. I chose it so I wouldn't have to hem but it would have been worth the trouble :) I also ran out of fabric so I had to piece the door side together instead of making a slit down the middle like planned. I was going to add a Batman logo to the door but it was 2:30 in the morning so I scrapped the idea. The finished product was pretty bad but it is for a four year old so I'm not too torn up about it. That's what you get for procrastinating! 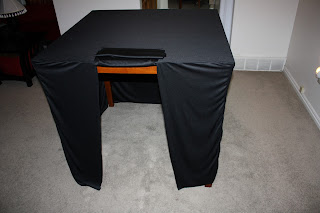 And the great idea below is courtesy of my artistic husband. My son got some knight dress-up stuff so my husband drew dragons on the balloons left over from the party and they were fighting them with a sword and some nerf guns. He did a great job! Drawing Batman villains on the balloons would have been cooler than taping print-outs onto balloons but also a lot more work for sure. 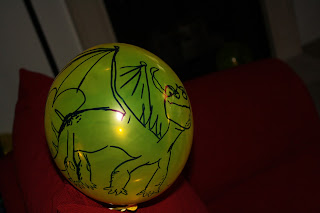 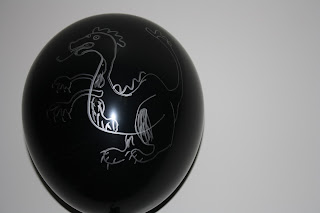 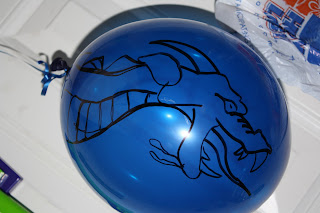 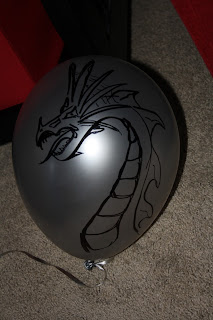 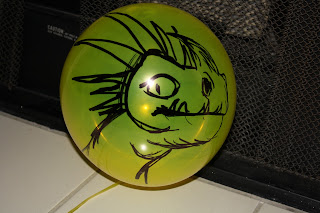 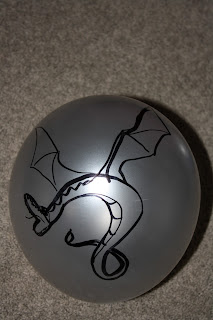 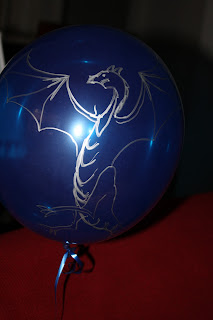 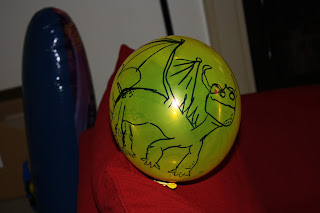 Isn't my husband the coolest!? People think I'm creative but I'm not at all... he's the creative/artistic one in the family, I'm just crafty. A load of crafty ;)
Email ThisBlogThis!Share to TwitterShare to FacebookShare to Pinterest